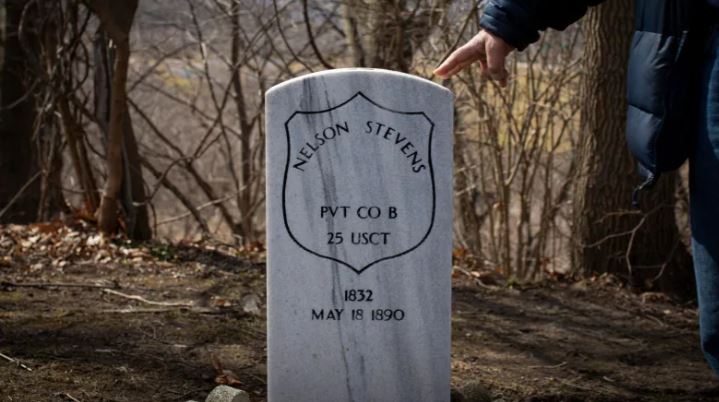 A former Virginia slave who was laid to rest in the Hamilton Cemetery on York Boulevard is believed to be the first Black man in Canada to have received an official U.S. Civil War headstone.

Recently, Hamilton historian Robin McKee spoke to CBC News about how he found Nelson Stevens’s unmarked grave in 2007 while doing research for his Civil War-themed tour — one of several tours he has been conducting in the Hamilton Cemetery for 20 years.

McKee learned Stevens came north to escape slavery, settled in Hamilton and enlisted to fight for the Union Army against the Confederacy as a soldier in a United States Colored Troops (USCT) regiment.

Read the full story on the CBC news website at: https://www.cbc.ca/news/canada/hamilton/nelson-stevens-hamilton-cemetery-1.5965834.